JESPER Holck does not always do what other might.

Nor does he care.
He's having fun, and he's doing it this way. He's been called 'that Crazy Dane and he couldn' care less
"They can call me wat they like, as long as they don't call me late for breakfast," he says.
To drive a Volvo is to invite some mirth. Jokes about hats. Barbs about slow driving, not indicating. . . quips about being old.

Well, Jesper has no fewer than six Volvos in the driveway, so you might like to ponder what his neighbours think of the Danish-born auto mechanic. 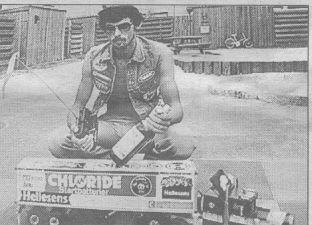 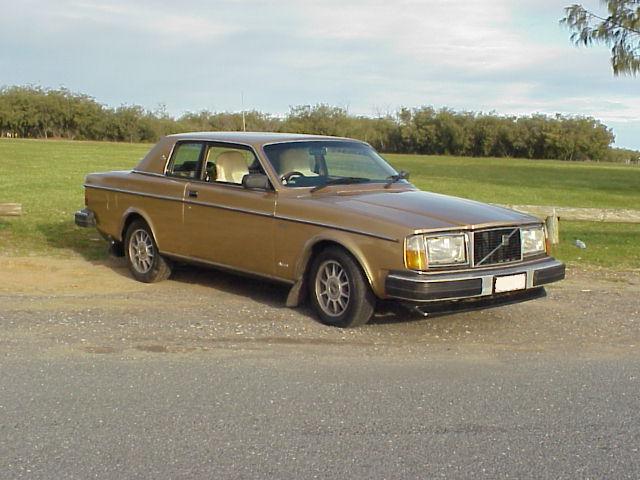 In 1982 he made the Guinness Book of Records when he created a world record for walking
a model truck 700km in just two weeks.
That trek took Jesper from Copenhagen to Stockholm,
with his radio-controlled replica Mack truck zooming along at 5 km/h.

The impetus for the trip was a bet that he couldn't do it - and the prize was a bottle of whiskey if he could.
"It wasn't even good whiskey," he said..
Injured in a work accident a couple of years back, Jesper decided to take on a new project,
He would restore a 1980 262C Volvo coupe by Bertone.
When he first started the project he was barely able to walk, but now has a walking stick and a slight limp

The car has a tax exemption plate and was sold in Melbourne to a foreign embassy in February 1980.
From then on the goldcoloured Swede had a hard life until the Crazy Dane came on to the scene.
This was a car to restore, to bring back to it' original Bertone Beauty.
A classis in waiting.


As the photographs depict, the 262C has gone from an ugly duckling to a beautiful swan under Jesper's caring hands.
"I just like European car," he said.
You look at a Volvo and look at another car the Volvo is 300kg to 400kg heavier. It'so much safer.

"Six months ago you would have seen three Mercedes in the driveway."
His next project is likely to be a Volvo 780, a twodoor coupe that is not sold in Australia.
However, he will have to wait until the 780 is an older car to bring one here.
There were 148 Volvo Bertone 262Cs brought into Australia.

Jesper thanks for your story!

Would you like to write your story here? Mail me your story to the Volvo Coupé Bertone Register.

Go To Top of Page